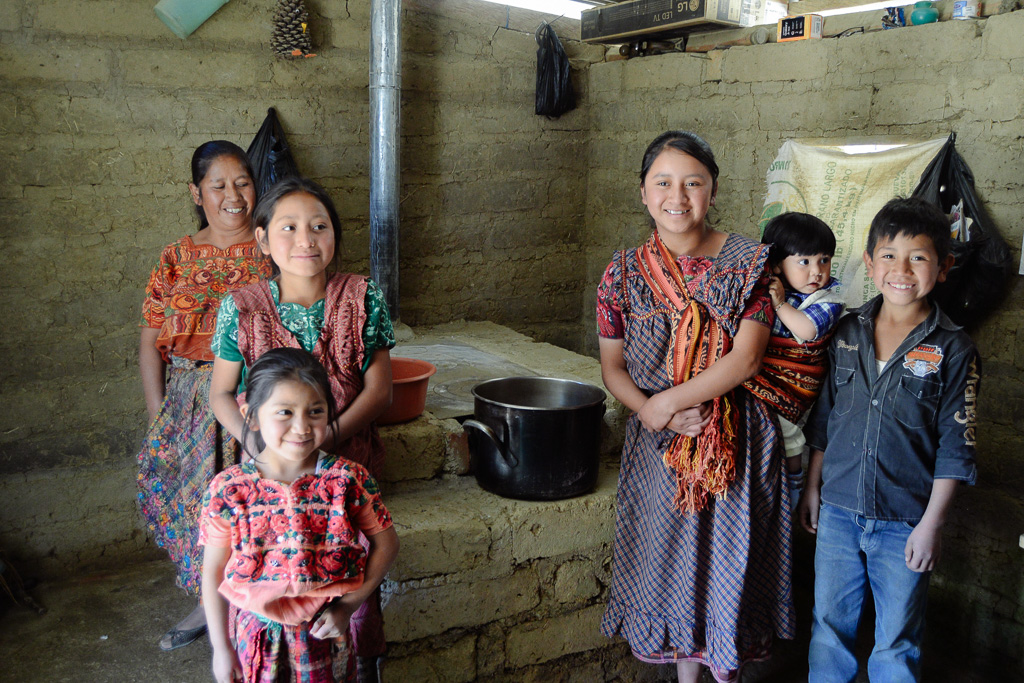 Maria Carolina and her family live near Tecpán in the department of Chimaltenango. She, her husband Martin, and seven of their children live in a sunny house on a quiet dirt road. They own a piece of land that Martin farms, and the children attend school. Maria spends her time weaving and taking care of the home and children–her youngest baby is 11 months old.

Like many rural Guatemalan families, Maria’s family gathers their own wood for cooking. She notes that since their new smokeless stove was finished in June 2017, they only have to gather about half of the amount of wood they did before. She shares that the old stove was 15 years old, had some broken parts, and emitted a great deal of smoke. There was also less space to prepare food and she and her family were at a higher risk of getting burned.

This isn’t an issue with the new smokeless stove: it has a safe area for preparing food, such as the tortillas and tamales that are staple food items. She also uses the stove to cook for her community, such as making beans for her children’s´school.

Maria and her family loved having the volunteers visit them and assist them in building the stove. She remembers that her kids loved playing with them and she sends them a hello from Guatemala! 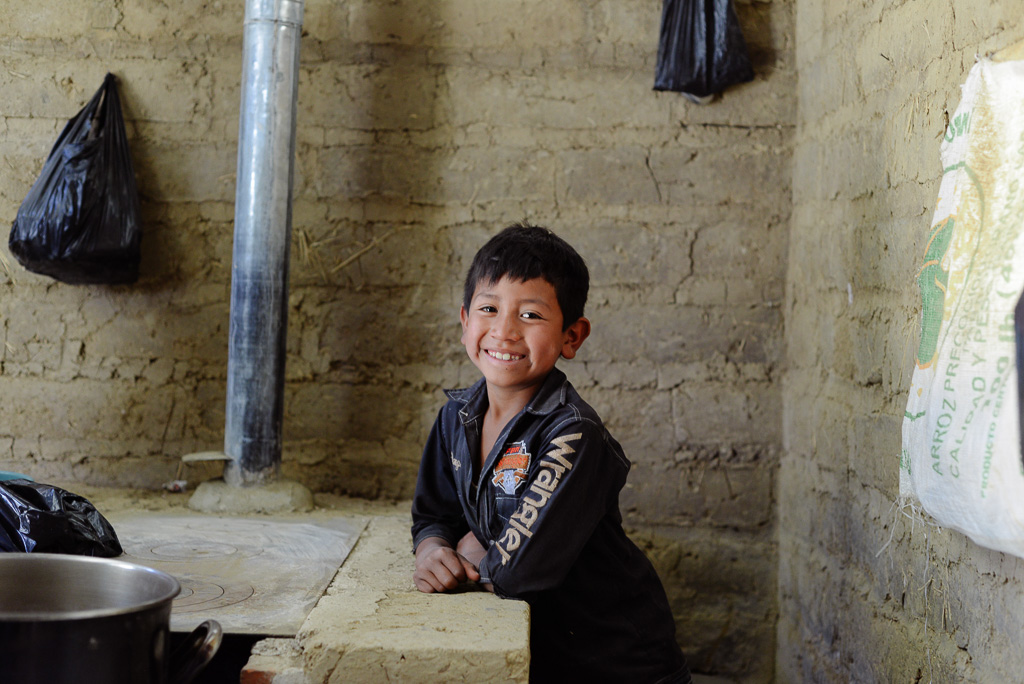 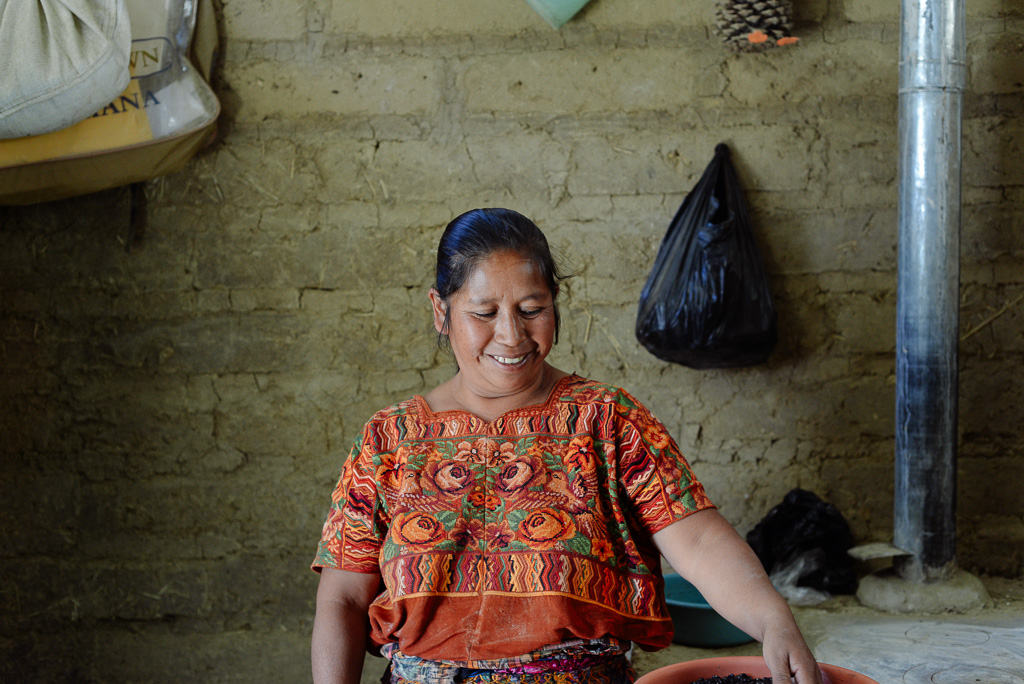 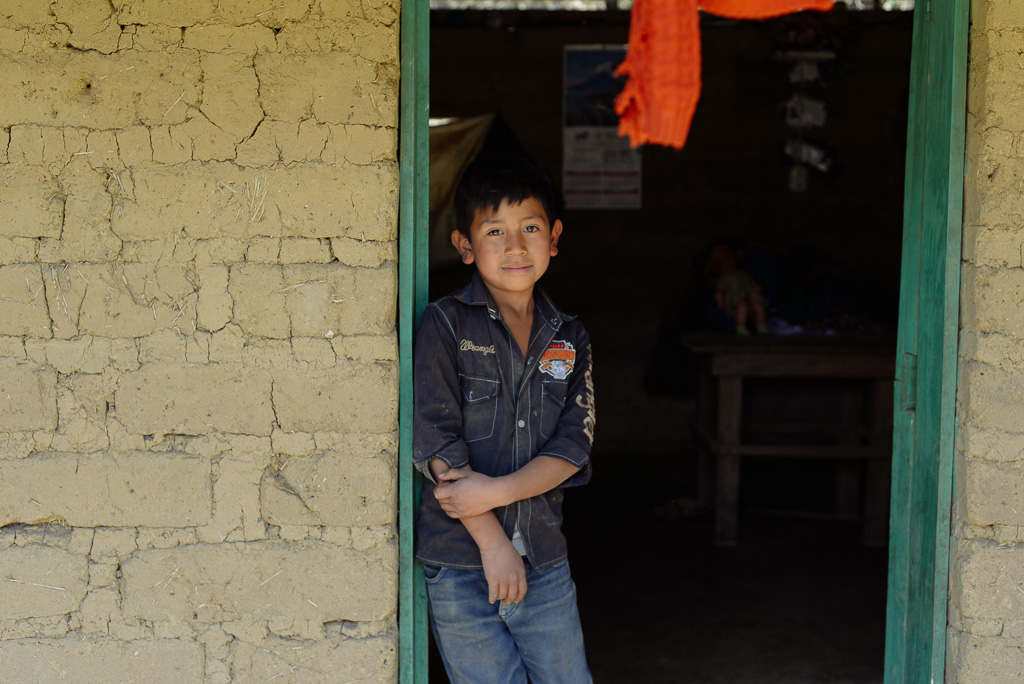 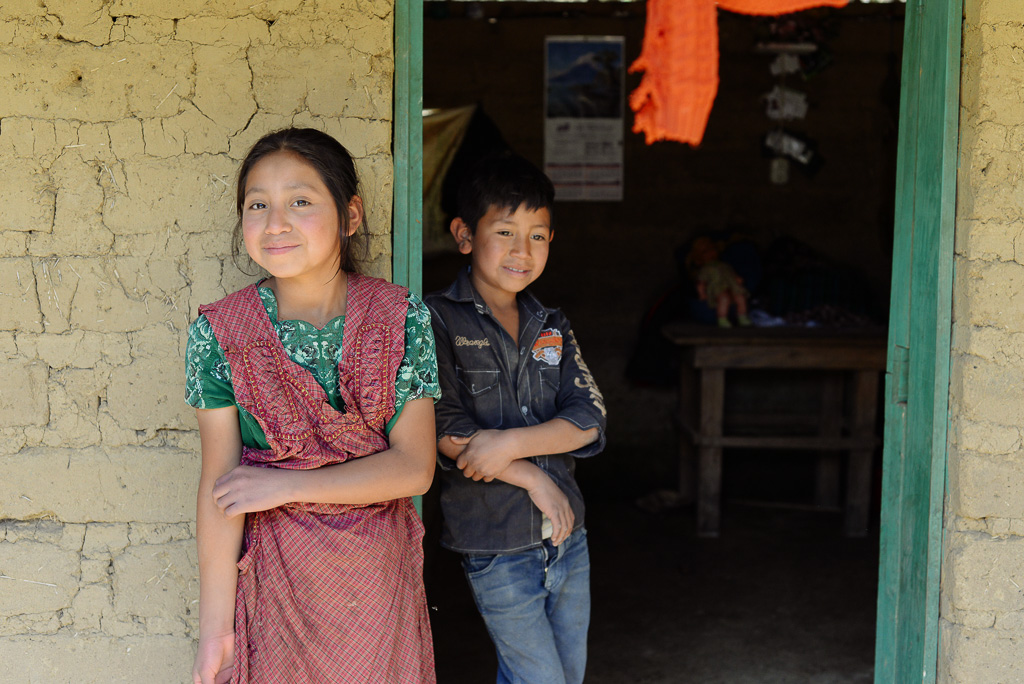 Aurora Sajic Xon, her husband Optico, and their seven children live in the same area as Maria Carolina Carlel: in a village called Caserio Xetonox, located outside the city of Tecpan in the department of Chimaltenango. Like many Guatemalans, Aurora speaks primarily Kaqchikel, an indigenous language spoken by approximately 5.5% of people in Guatemala. Her relative, Marisol, serves as a translator for Aurora, as she shares how having a smokeless stove has improved the daily life of her family.

Before building the smokeless stove with Habitat for Humanity Guatemala in June 2017, Aurora prepared food for her family on the floor of her home. The smoke from the fire would fill the house with smoke, making it difficult for her young children to breathe. Now, she has a safe space to prepare food and doesn’t have to worry about her children getting burned. Another benefit of the new stove is that it uses much less wood, a scarce resource for Guatemalans.

Aurora fondly remembers the HHK School Group volunteers that worked with her family and sends her thanks from Guatemala! 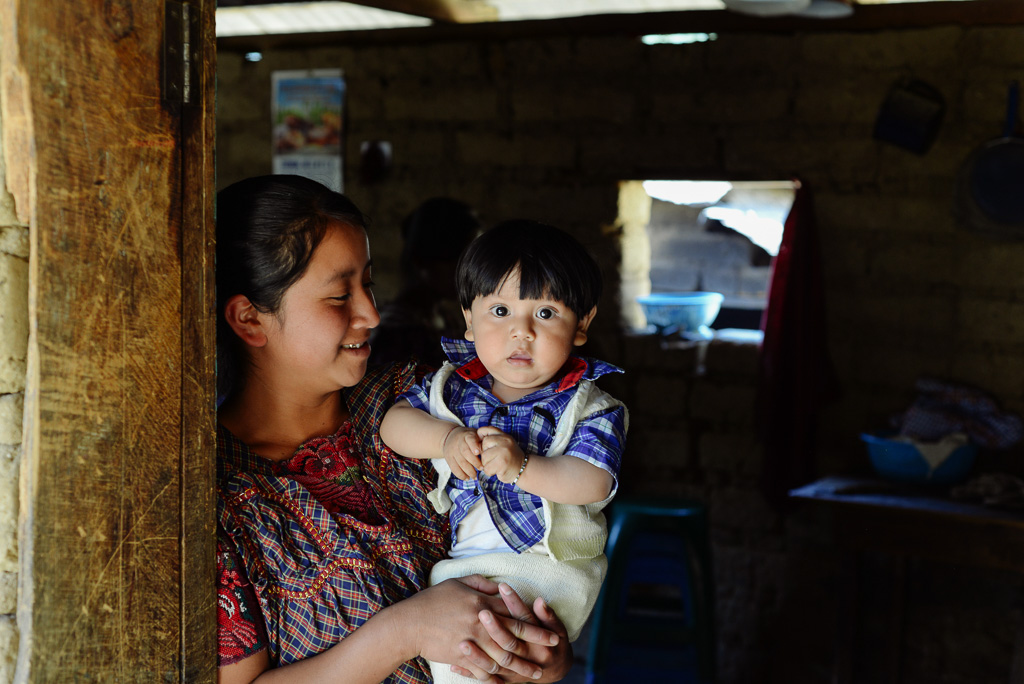 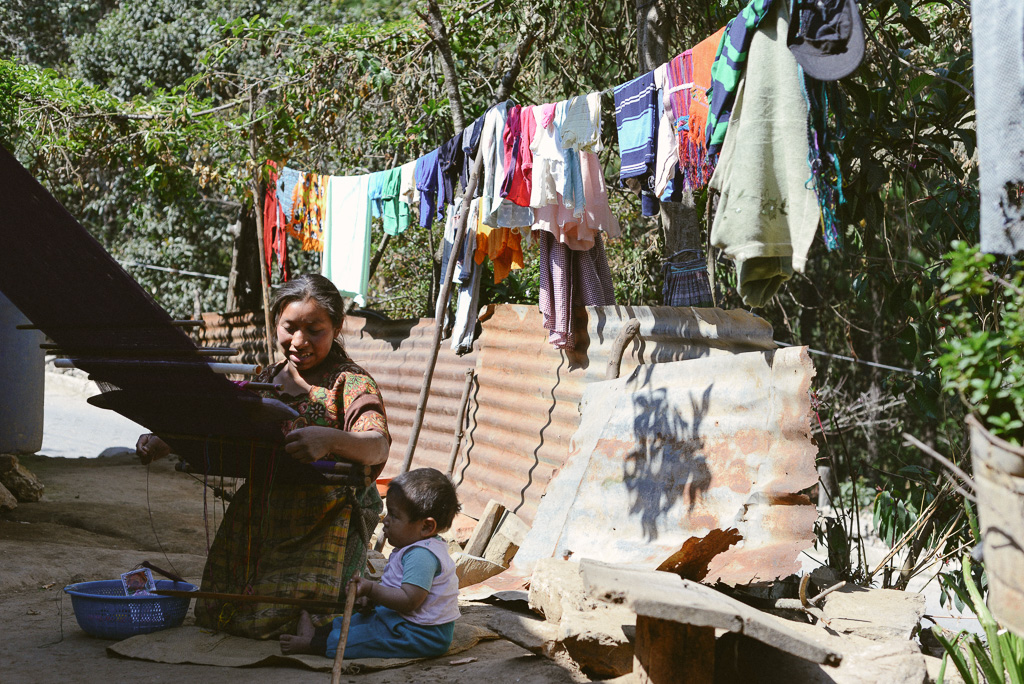 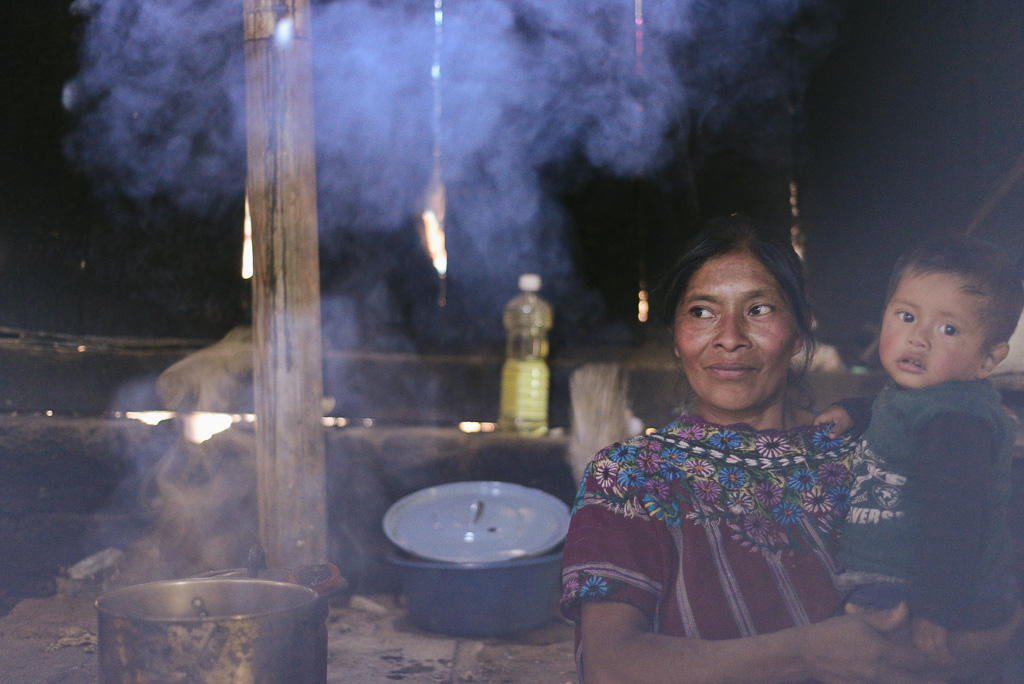 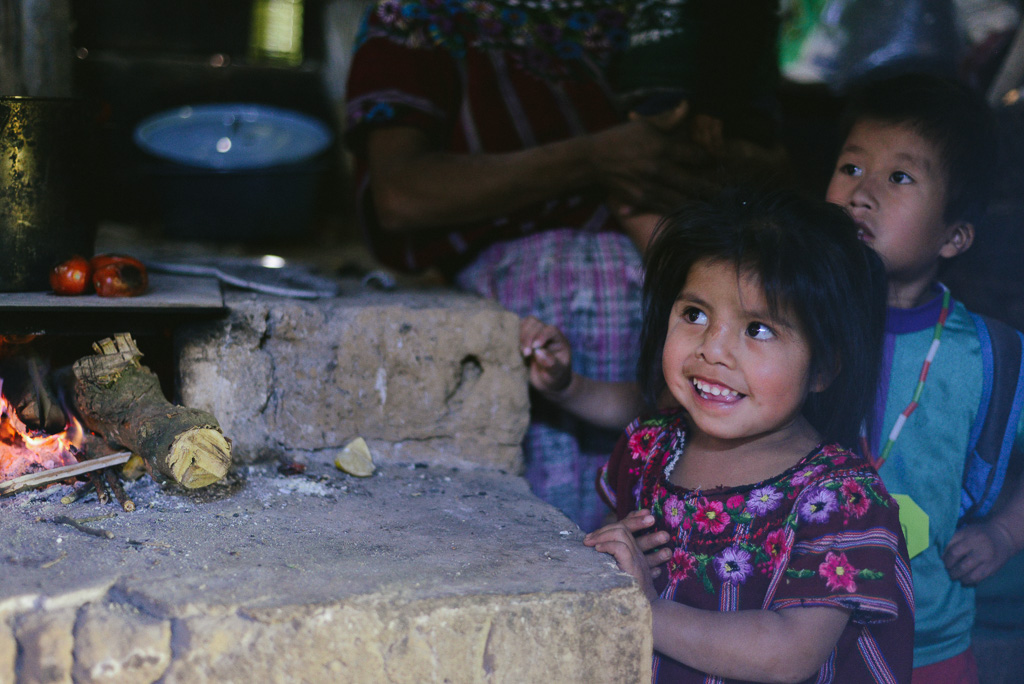 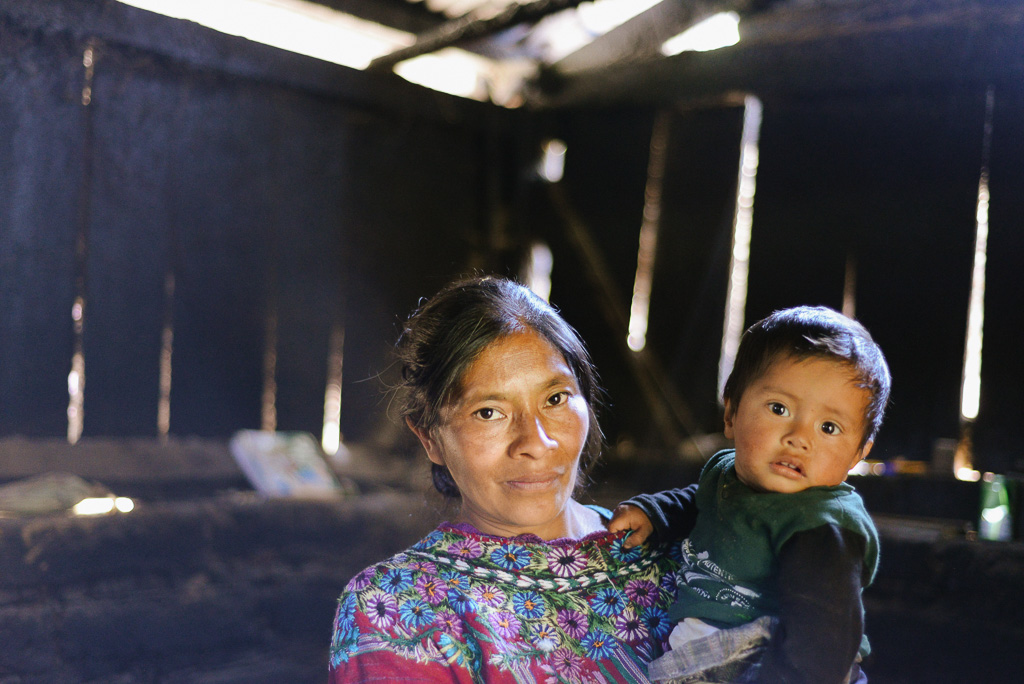