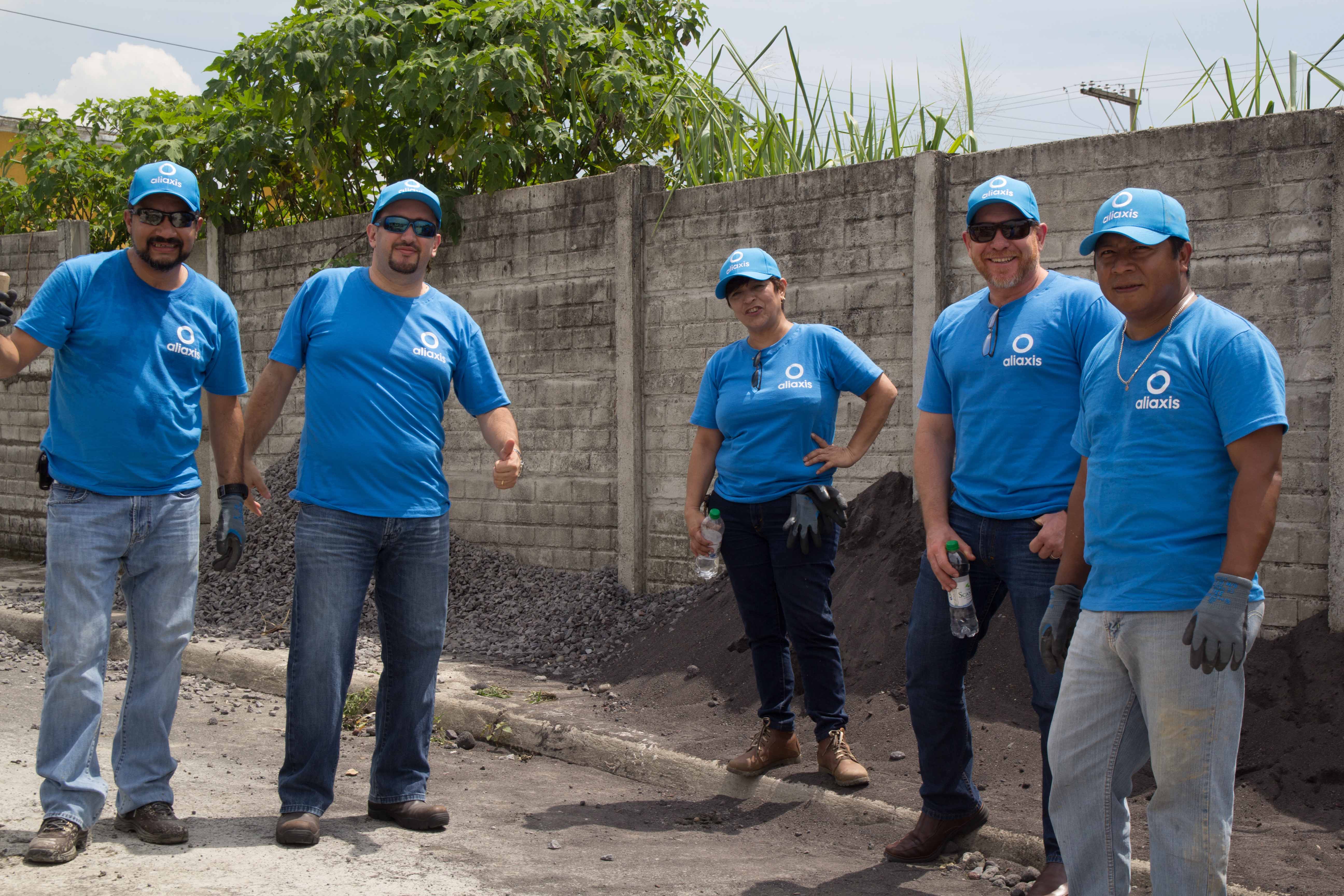 As food staples go, the tortilla is the center of the Guatemalan diet. Inexpensive and filling, most Guatemalan families that live below the poverty line depend on tortillas as their principal source of food. However, in the case of Angela Cuxuil Garcia, her ability to make tortillas and feed her family was hindered by one great obstacle: a defective cook stove.

“The best thing about the new stove is that the smoke is gone,” Angela remarks. “Before, simply by lighting a match, there was so much smoke,” she says. “Because it would enter my eyes, I couldn’t see well, and I would tear up quite a bit.” Without a stove surface, she had little flexibility with choosing how to feed her five children. “I couldn’t make tortillas,” she admits.

One of Angela’s neighbors suggested that she look into a program that built smokeless stoves for families in need. That program happened to be Habitat for Humanity Guatemala. “My neighbor told me that if I didn’t have a stove, I could look for support through this organization,” she says. “It has been a great help to us, because it has changed everything.”

Angela enjoys more flexibility now that she has her smokeless stove, which is an aspect that she hadn’t expected. “I don’t have to work for firewood as much anymore. I can do other things, like wash clothes, weave baskets, and other things.”

Additionally, by spending less time looking for wood and more time working, Angela has been able to save a little money and diversify her family’s meals. A prime example is the pool of black beans that simmers in a clay pitcher atop the smooth surface of her new stove. Cooking with a clay pitcher is a technique that makes the beans taste richer and removes the smoky flavors, a problem that had defined Angela’s cooking for so long. “I like how I can cook everything at once,” she comments. “Tortillas, beans, coffee. Now, it’s all easy.”

Above all, Angela is grateful to the group of international volunteers that came to help build her stove. “I am so grateful for all of those who came, for doing me the favor of building the stove. I thank you for the help, which is a great help for us, because everything has changed.”

“I was told about Habitat for Humanity Guatemala’s smokeless stoves by a neighbor,” says Josefina Velasco. Mid afternoon sunlight streams into her kitchen, leaving her face aglow. She clears plates as she speaks in a quiet tone. “I wanted to participate because I was cooking only with a piece of metal balanced on top of two blocks.”

Cooking with an inefficient device proved to be dangerous for Josefina and her three young children. She recalls that she felt dread every time that she had to prepare meals. “There was a lot of smoke that filled our kitchen,” she mentions. “We were all sick, and my children suffered more than anything.” Concerned, Josefina brought her children to the medical center, but due to the lack of resources, there was little to be done. “It’s difficult to see your children suffer,” she repeats. “If there was any, the medicine was too expensive for us.”

The new smokeless stove in Josefina’s kitchen looks nothing like the previous device that she had cooked with. Solidly built with an adobe block foundation and shining iron grill, the stove remains the center of the kitchen. “I’m very proud of this stove,” Josefina smiles shyly. The best thing? It has removed all traces of illness from the house.

Six little chairs huddle into a circle around a brown table in the middle of the kitchen. Crumpled napkins, chicken bones, and the tail end of tortillas indicate a meal well enjoyed. Before, Josefina reflects, it was difficult to have meals frequently because of the lack of fuel. “We used to travel long distances to find firewood.” Josefina remarks. “Now, we don’t need so much, so we don’t need to go too far.” This small change has allowed Josefina to feed her three young children, Erica, Magda, and Lester, more food and more often.

As for the group of volunteers that assisted Josefina with building her stove, she expresses her gratitude with great enthusiasm. “The volunteers were great. They were friendly and hardworking. I send them my greetings.”