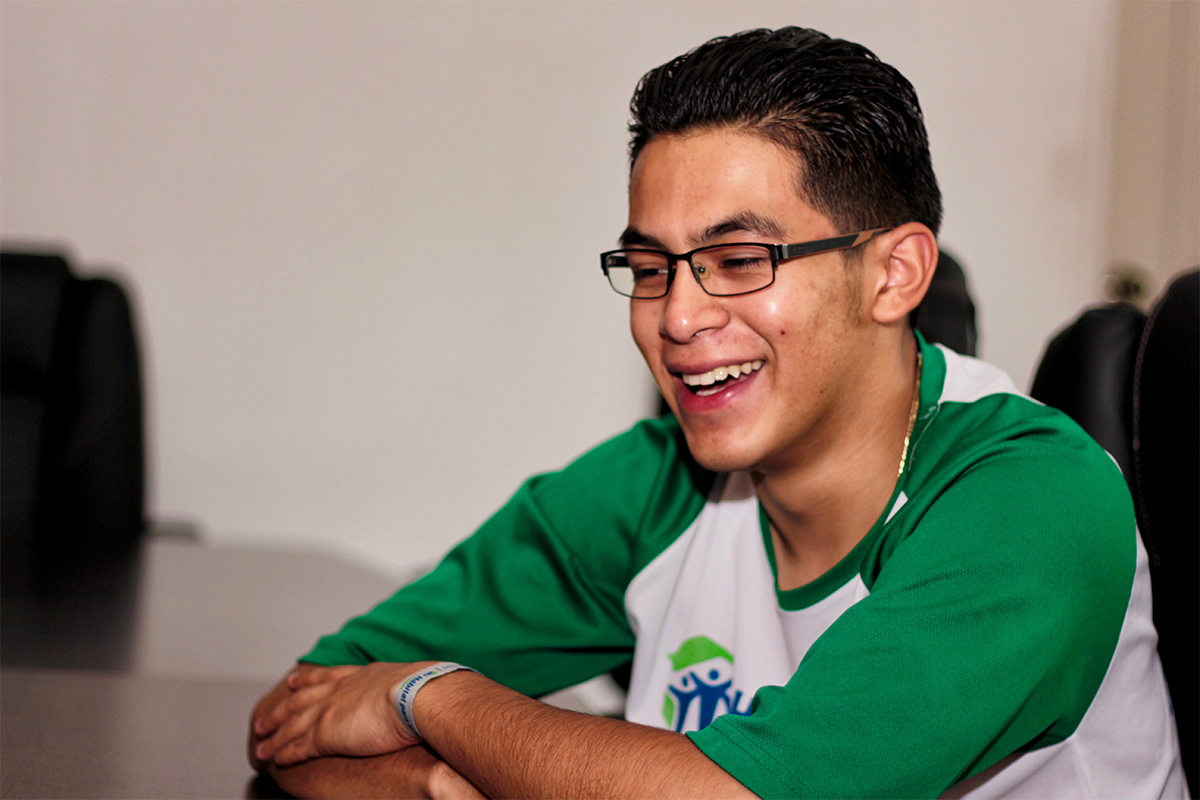 Migdalia Godinez Gómez and baby Wilson stand in front of their old house whose walls had been cracked by a 2012 earthquake.

We have an ongoing relationship with the families we work with. For example, promoters in every region are assigned to work with a family from the start of their application process until their move-in day, supporting them along the way with necessary paperwork and legal processes. As a part of that relationship, we also visit each family that has worked with a volunteer group after they’ve moved in to their new housing. We hear their about their experience from start to finish, including stories about working alongside the volunteers.

One of the most revealing questions we ask is, “Why did you decide to apply for a new home?”

We’ve compiled a list of the most common answers, in ascending order.

Over time, adobe houses become old and weak. This process is expedited when the house doesn’t get much air flow, or when the walls are consistenly exposed to rain. Many times, you can visibly see the moisture’s progress on its way from the ground on old houses. This slow structural doom creates a serious security risk.

4. “We feared another earthquake would topple the house”

This one is more regional. In the last few years, a number of earthquakes have rattled Guatemala, including a really strong one in 2012. Since then, families have lived in adobe homes that have severe cracks and structural damage. The majority of these cases happen around the departments of Quetzaltenango, Sololá, and especially San Marcos.

Another notable fact is that after the 2012 earthquake, Guatemala’s national government offered new housing to many people whose homes were destroyed, but their promise was unfulfilled in many cases.

The majority of roofs in Guatemalan houses is made with corrugated galvanized steel. It’s cheap, not hard to install, and you can overlap sheets easily to direct the rain away from the house. The problem is that, in time, it deteriorates with rust and holes. And it’s not fun to wake up to a roof that’s dripping on you in the middle of a night.

Overwhelmingly, families respond to this question by saying they wanted something of their own. Often times, young couples live with in-laws in an extra bedroom, and they don’t feel independent. Other times, families rent apartments but expensive monthly rent and property rules make them feel suppressed. Having the keys to a house and the liberty to come and go as you please makes all the difference. Even if they didn’t make monthly payments before, across the board, families say vale la pena. It’s worth it.

We build much more than houses!

Be a part of the change for healthy and adequate housing!