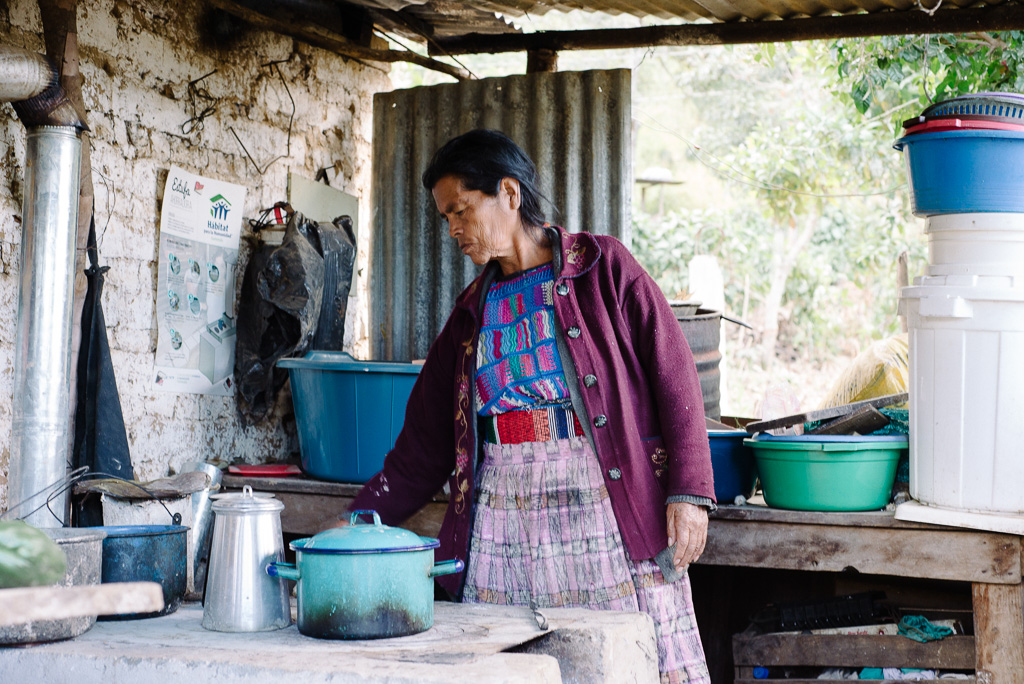 Pedro  and Francisca live in Sololá. They are seventy years old and have lived in their house since they were twenty-five. Pedro grew up in a larger town and learned both Spanish and Kaqchikel (a Mayan language) during his childhood, whereas Francisca is from a rural village where exclusively Kaqchikel is spoken.

“I went to school when I was young,” says Pedro. “When I turned twelve my father told me I had to stop school. He said it was time that I learned how to work.” Since then, Pedro has worked in the fields, planting and harvesting crops, and Francisca works in agriculture as well.

When Pedro learned about Habitat for Humanity Guatemala from a community volunteer, he immediately knew that he wanted to improve his home by implementing a Habitat Guatemala Healthy Home Kit, which includes a new latrine, a smokeless stove, and a water filter.

Before Pedro and Francisca implemented their Healthy Home Kit, they cooked on the floor of their kitchen and suffered health issues from the smoke. They used a latrine that was forty-five years old–built when they first moved onto their land. And in order to get clean drinking water, they had to walk ten minutes away from their home, down a hill, and then haul the water back up the hill. “It would take at least half and hour to bring the water back,” explained Pedro. Now, because of their new water filter, he and Francisca have access to safe drinking water in their home.

“We are older,” Pedro says calmly. “And we don’t know how much time we have left on earth. But for the time being, our lives have been improved and we are grateful that this happened. And the volunteers, well they worked really hard! We appreciate the support they gave us.” 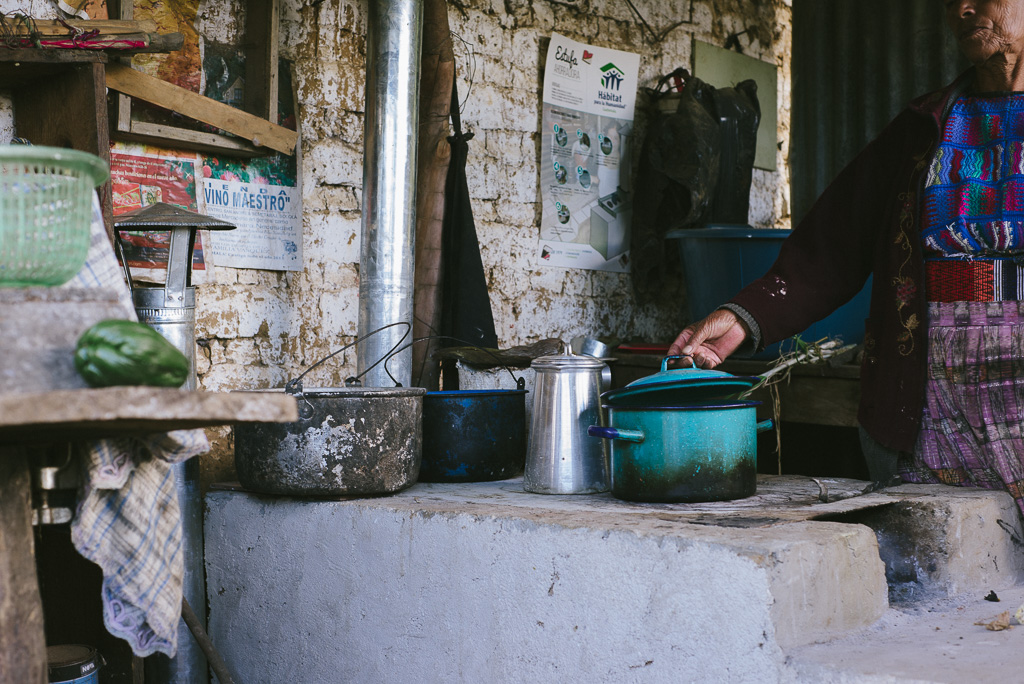 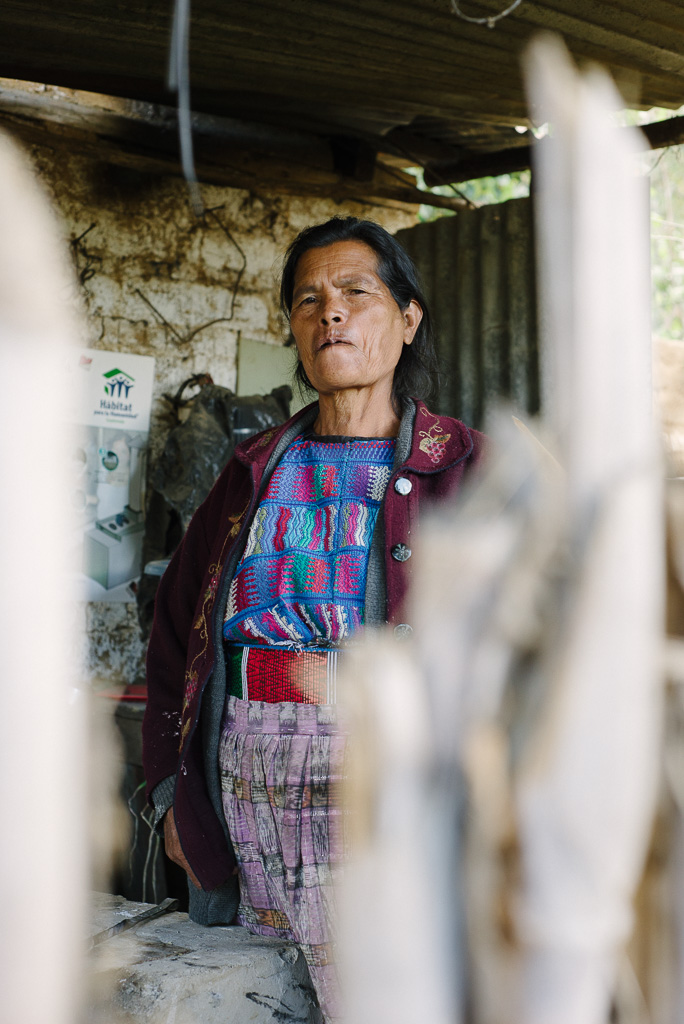 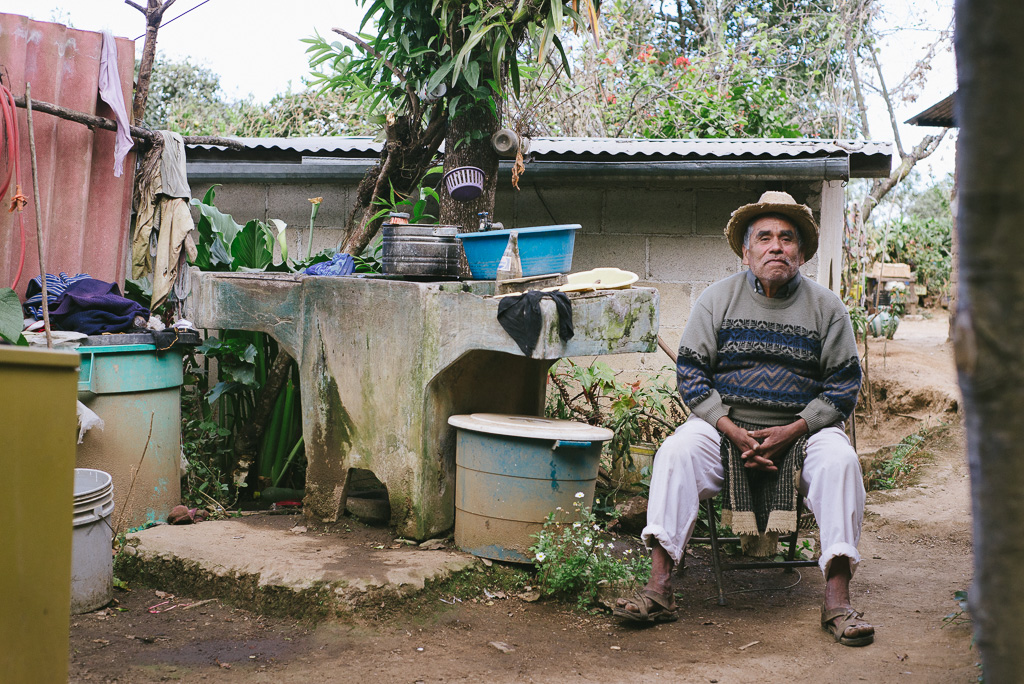 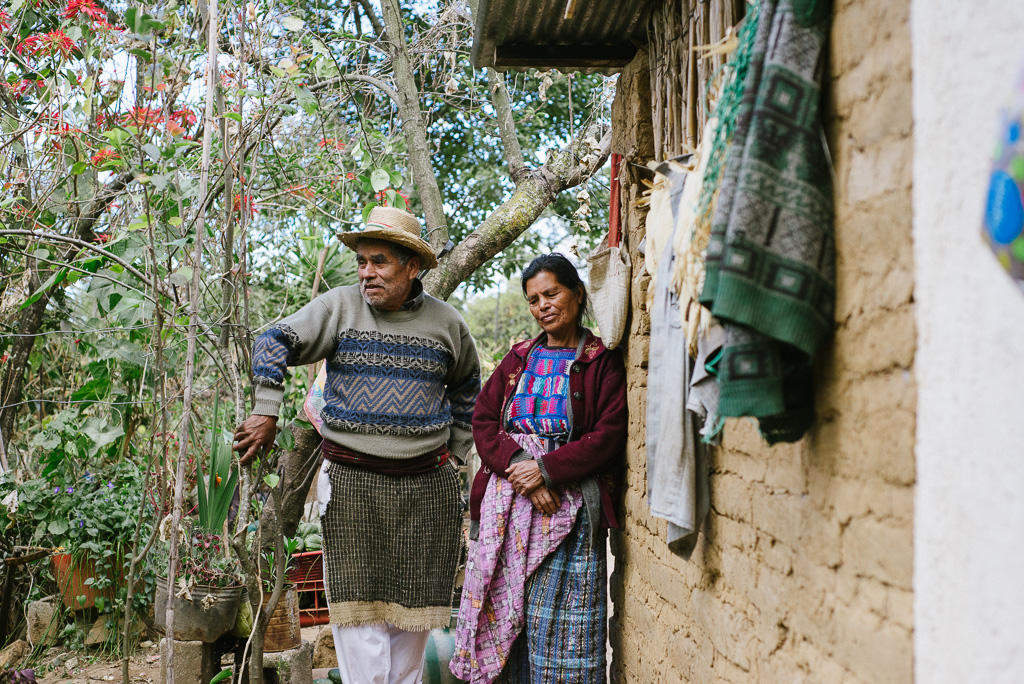 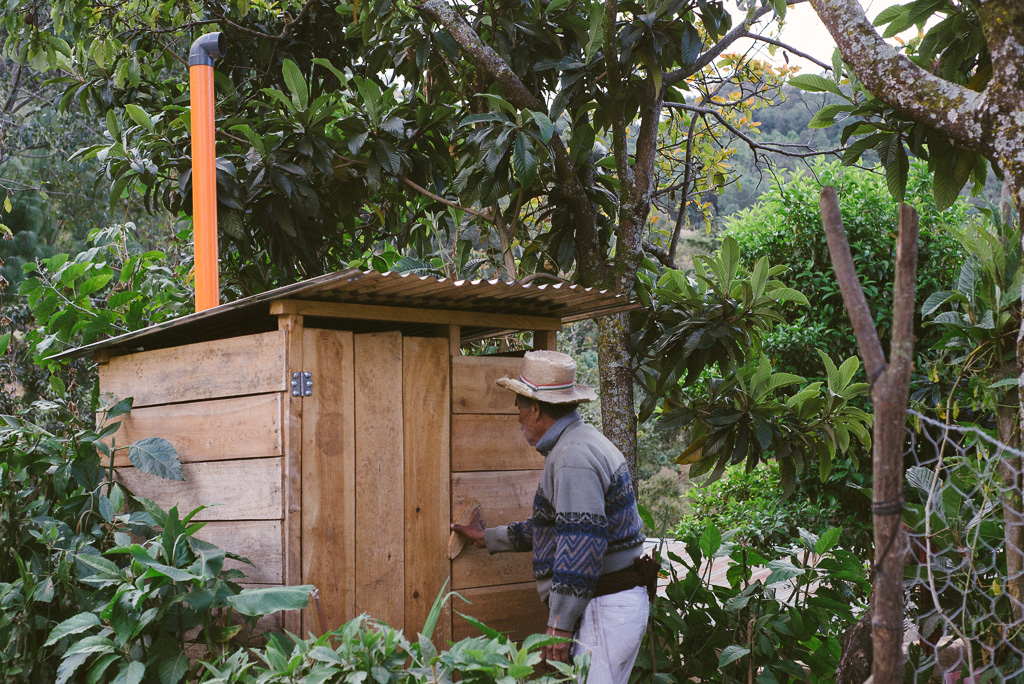