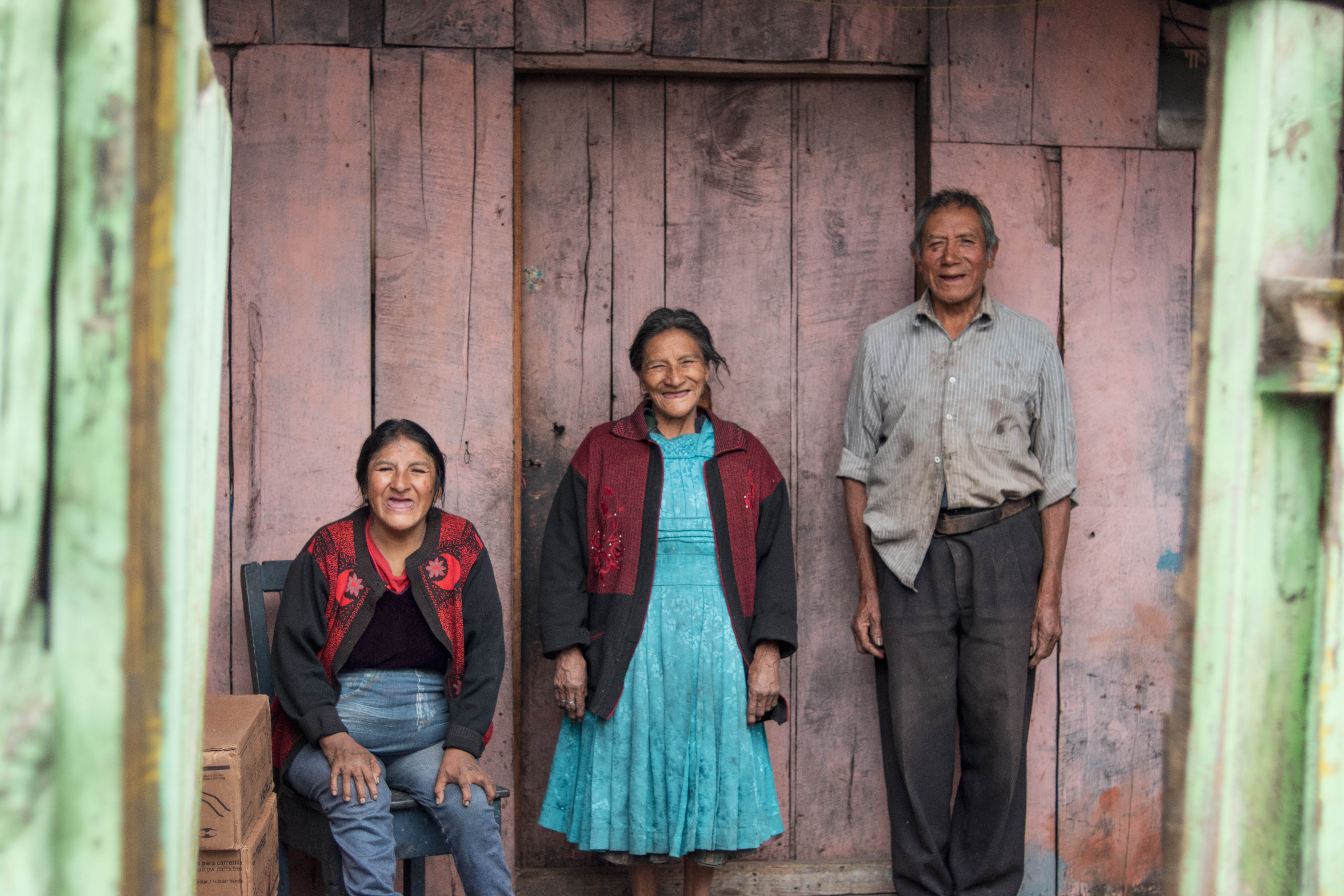 “I like everything about this house. There are no issues, thank God,” says Elvia Suchi Choxom (57). She sits on the couch in her new living room, surrounded by pillows and blankets. Next to her is her daughter, Marta (27). Her nine-year-old grandson, Enrique, settles on a pillow on the floor, his chin propped up on his hands. “We feel content. Better, healthier calmer.”

However, two months ago, this idyllic scene of comfort would not have been the same. “We were living in my sister’s house on a loan for ten years,” Elvia says. “The other house didn’t have water or electricity. It was in bad shape because it was made of wood. Plus, there was a lot of vermin. Here, no, thank goodness.” She pushes her glasses up her nose. “Needless to say, we were overwhelmed. It’s better now that we have more space, a better roof.”

Elvia, Marta, and Enrique now occupy a three-bedroom Habitat Guatemala house in the heart of the city of Quetzaltenango. When they aren’t working, Elvia’s two other sons, Brandon (17) and Carlos (25), also live with them. Despite the dense city landscape, their home is quiet. “We feel safer now that we have a fenced in property,” says Elvia. “Before, it wasn’t. Enrique can play with Coloche, our dog, who won’t run out into the street and be hit by a car.”

As she speaks, Enrique pantomimes his grandmother’s descriptions. When discussing their old house, his face droops into a frown and shakes his head. On mention of their new home, he breaks out into a wide toothed grin and claps his hands to his cheeks.

Marta adds, “There is more space for us to walk with confidence. We painted our house with the colors that we wanted, which we couldn’t do before.”

Having more space has afforded their family greater opportunities that would have been impossible in their previous living conditions. During lunch hours, Elvia operates a comedor, or informal eatery, from the kitchen of her new home. Neighbors who live nearby can drop in and enjoy hot dishes made fresh from her kitchen.

Their family remembers the group of international volunteers that came to help build with them fondly. “The group were great collaborators. They loved to joke around. Some spoke Spanish,” remarks Marta.

Looking through photos on her phone, Elvia chuckles. “I remember when we were playing with the wheelbarrow, and they decided to carry me around in it.” She shows us the phone. A volunteer grins at the camera while Elvia lounges in the wheelbarrow, her laughter caught in the moment. She smiles. “It was a beautiful experience, to share with them, I couldn’t have expected anything like this. We have tremendous gratitude for everything that they did. We send our prayers.”

As for plans for her house, Elvia tilts her head thoughtfully. Finally, she says, “We keep going, little by little.”

The Straute Family
Scroll to top