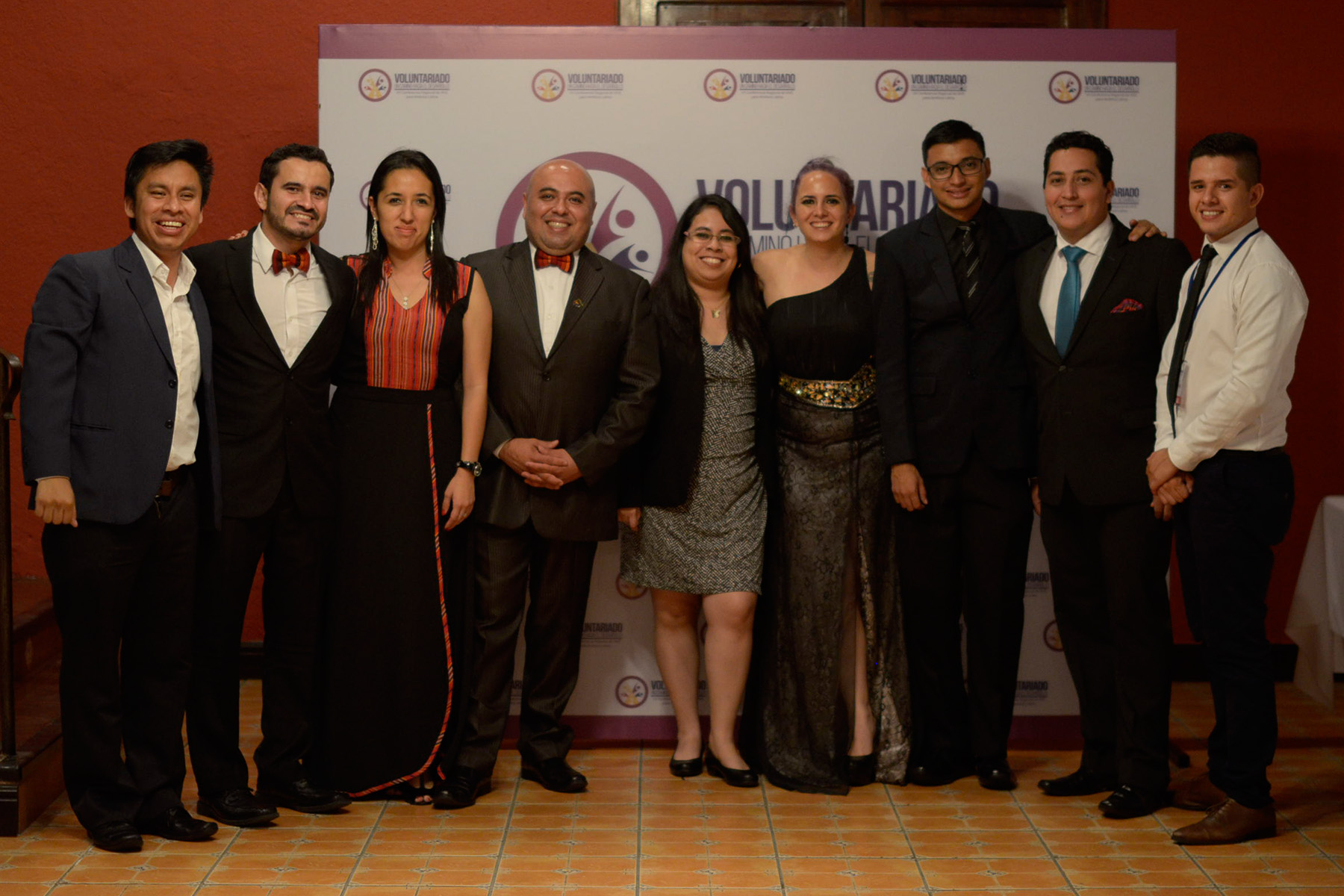 This last week, two hundred volunteers, employees, and partners celebrated a great landmark for Habitat for Humanity Guatemala: our 75,000th housing solution. People came from as far as Massachusetts, El Salvador, the Dominican Republic, and Chile to support the provision of adequate housing here in Guatemala. Scattered in and around Tecpán, a small city nestled among endless mountains, we split up into teams to build 13 houses, 21 latrines, and 28 smokeless stoves.

On the first day, many groups tackled latrines, dismantling old palettes in an effort to salvage wood and reduce the cost for the latrine owners. 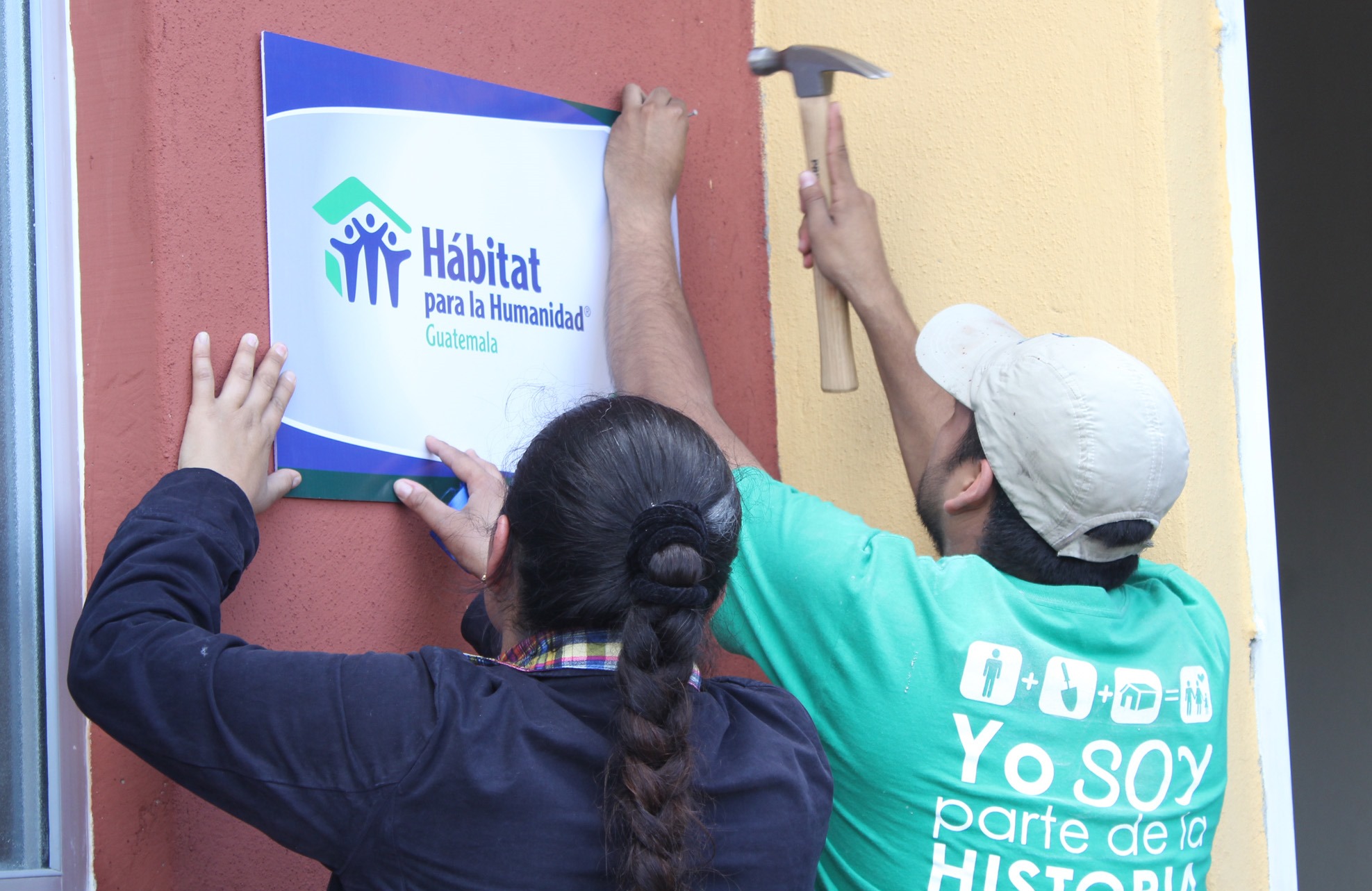 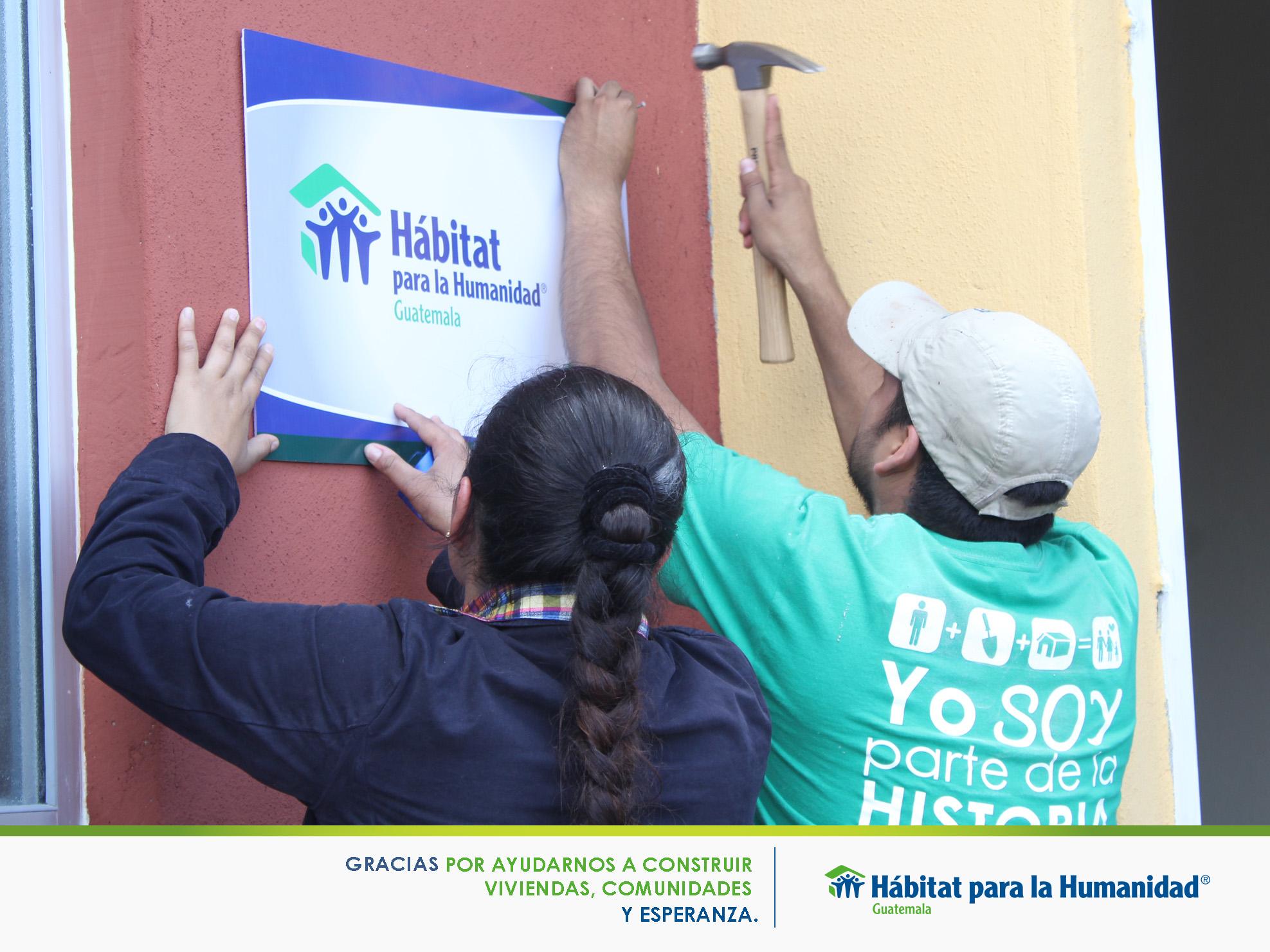 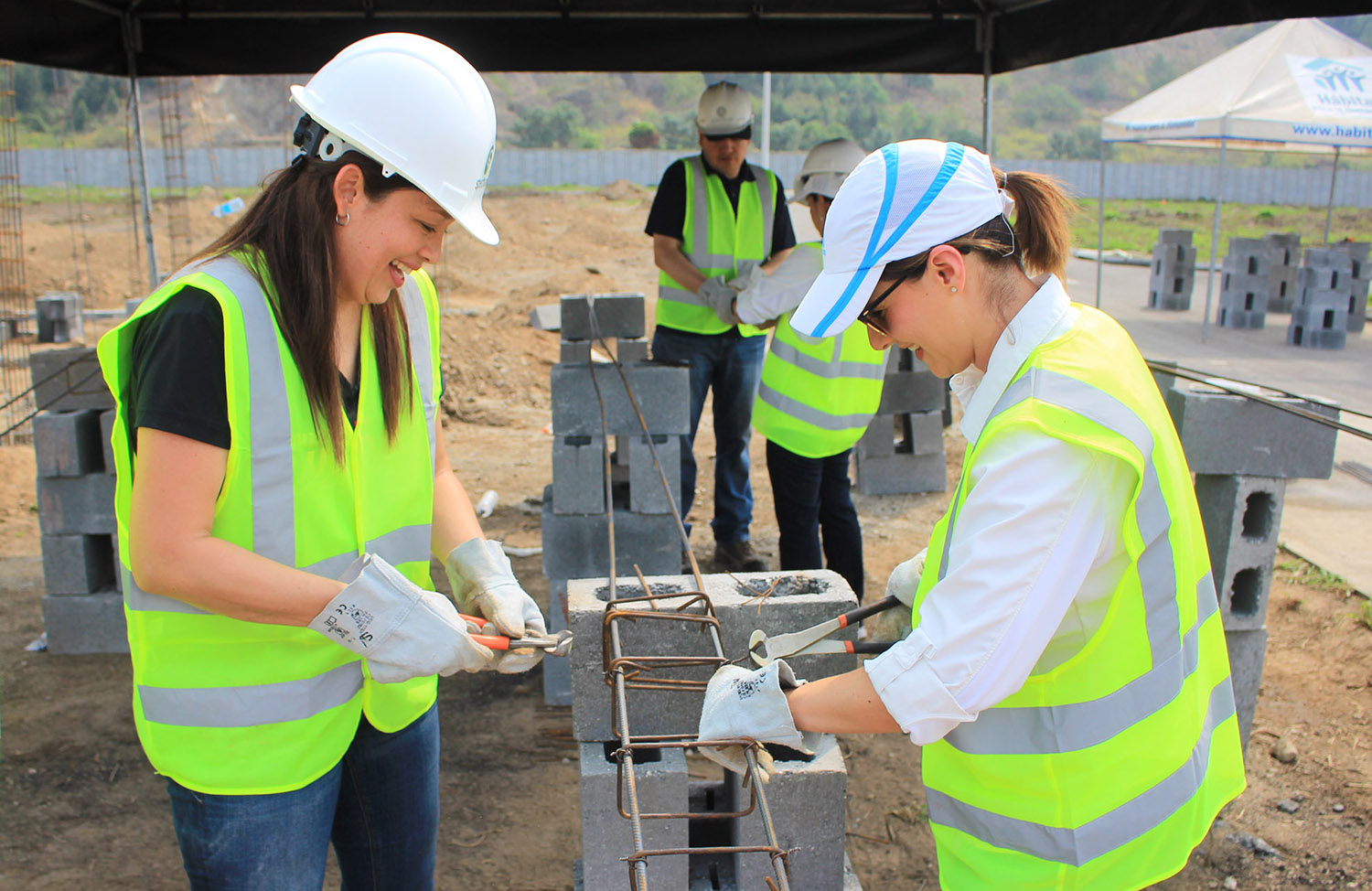 Day two was all about smokeless stoves. Everyone went to the village of San Jose Poaquil,

a small farming community, to help improve families’ health by eliminating the smoke that lingers inside the kitchens. One volunteer group saw the reason for the improved stove right off the bat:

They came to the home of Doña María and her husband Hugo to help build a smokeless stove. Doña Erika and her family introduced themselves and so did the volunteers. Only a minute later, the conversation was interrupted by a yelp from Doña Erika’s 2-year-old daughter, who had just grabbed the lid of a searing pot of water boiling over an open flame. The cooking area was made of about eight cement blocks with a little area for firewood underneath. The pot was only a foot and a half off the ground. Not an ideal height with curious children around.

“Sometimes you bump into it,” said Doña María, “and you burn yourself. The kids sometimes grab it, not knowing if

it’s hot. Usually it’s only a finger but it still hurts when you burn yourself.”

Her new stove is big, about three by five feet. It uses less firewood than her current little cooking area because of its its insulation. Its edges are safe to the touch of a playful two-year-old, and the hot cooking area is out of reach.

And a few more memories:

Habitat Guatemala has been constructing homes for more than 30

years, improving design details so that houses are more sustainable, easier to clean and maintain, and affordable. Our model has always utilized cement block walls, but on this week of celebration, we are shaking things up. Our architects have introduced a model of housing that uses metal framing with pre-manufactured cement paneling instead of cement blocks. The model is equally priced, but it’s said to be sturdier. We symbolically used housing solution 75,001 as a test for the house in Tecpán.

This week, a bunch of national volunteers from here in Guatemala helped out. One group from Hotel Intercontinental in Guatemala City helped to build two houses side by side for two sisters. Thanks for your hard work, everyone!

Walt is a constructor. In fact, he’s owned his own construction business for 18 years back in the United States. But during his volunteer time in Guatemala, he prefers to keep that a secret, limiting his leadership as he takes direction from the lead mason, a Habitat Guatemala employee. He tells the story as he smooths cement with evident experience.

“I try not to tell anybody,” says Walt. “Because they do things differently here, and I don’t want to be the one in charge. Here, I’m just volunteering.”

It must be said, though, that their stove progressed quite quickly and came out looking beautiful. Thanks, everyone!

To celebrate the 75,000th housing solution, we threw a party, and everyone was invited. Volunteers, employees, international Habitat affiliates, and even the neighbor kids were invited. (Or maybe the kids invited themselves? Either way, we loved sharing the cake!)

All the international volunteers for the week. You all rock!

A big shout out to our international volunteers who came out for the week! Thanks everyone!

The new house was fixed up with a ramp in the back yard so that Daniel, who is blind, would not have trouble tripping down stairs. Also, they were presented with a Braille Bible so that Daniel may have access to read it.

Thanks to everyone for a hugely successful week, and let’s continue working to provide opportunities to families in Guatemala! Check out opportunities to volunteer with us or advance our mission from afar.